April 06, 2009
Charles II (1660 - 1685) looked for ways of raising money to pay off his war debts. He began with a request for 'gifts' and in July 1661 Parliament gave its consent to 'The Free and Voluntary Present'. In every county receivers were appointed and names of 'donors' were recorded.

Later on 19 May 1662, a new form of taxation was introduced, a tax on hearths. House holds were assessed according to the number of fireplaces, and required to pay a charge of two shillings per annum for each hearth, Exemptions to the tax were granted to the poor. 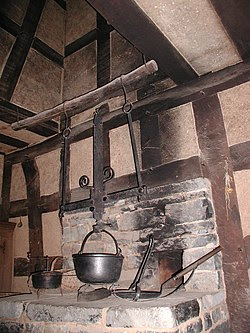