Money's Too Tight To Mention

September 08, 2015
I been laid off from work
My rent is due
My kids all need
Brand new shoes

I went to my brother
To see what he could do -
He said brother like to help you
But I'm unable to
So I called on my father, He said
Money's too tight to mention
I can't even qualify for my pension

We talk about Reaganomics [1],
Oh lord down in the congress
They're passing all kinds of bills
From down Capitol Hill

Money's too tight to mention (cutbac)
We're talk-in' about money money
We're talk-in' 'bout the dollar bill [2]
Now what are we all to do
When the money’s got a hold on you? 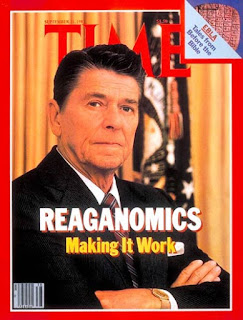 [1] Reaganomics is a popular term used to refer to the economic policies of Ronald Reagan, the 40th U.S. President (1981–1989), which called for widespread tax cuts, decreased social spending, increased military spending, and the deregulation of domestic markets.

[2] A dollar bill is a banknote (or bill) of any of the currencies that are named dollar.

[3] Capital Hill is a metonym for the United States Congress. Metonym is a figure of speech in which a thing or concept is called not by its own name but rather by the name of something associated in meaning with that thing or concept.

June 05, 2010
I can't believe it, I have been mixing up these two words, and no spelling checker can mark out the mistake: At a later place, I may write "See bellow", and even sometimes 'in or to a place that is lower', I will use "bellow", too. When I type the double 'll', I look at the word, hesitate, and wonder that 'below' and 'bellow' are same words, just one is American English, another is British English. "Ah, never mind!" I said to myself.
1 comment
Read more